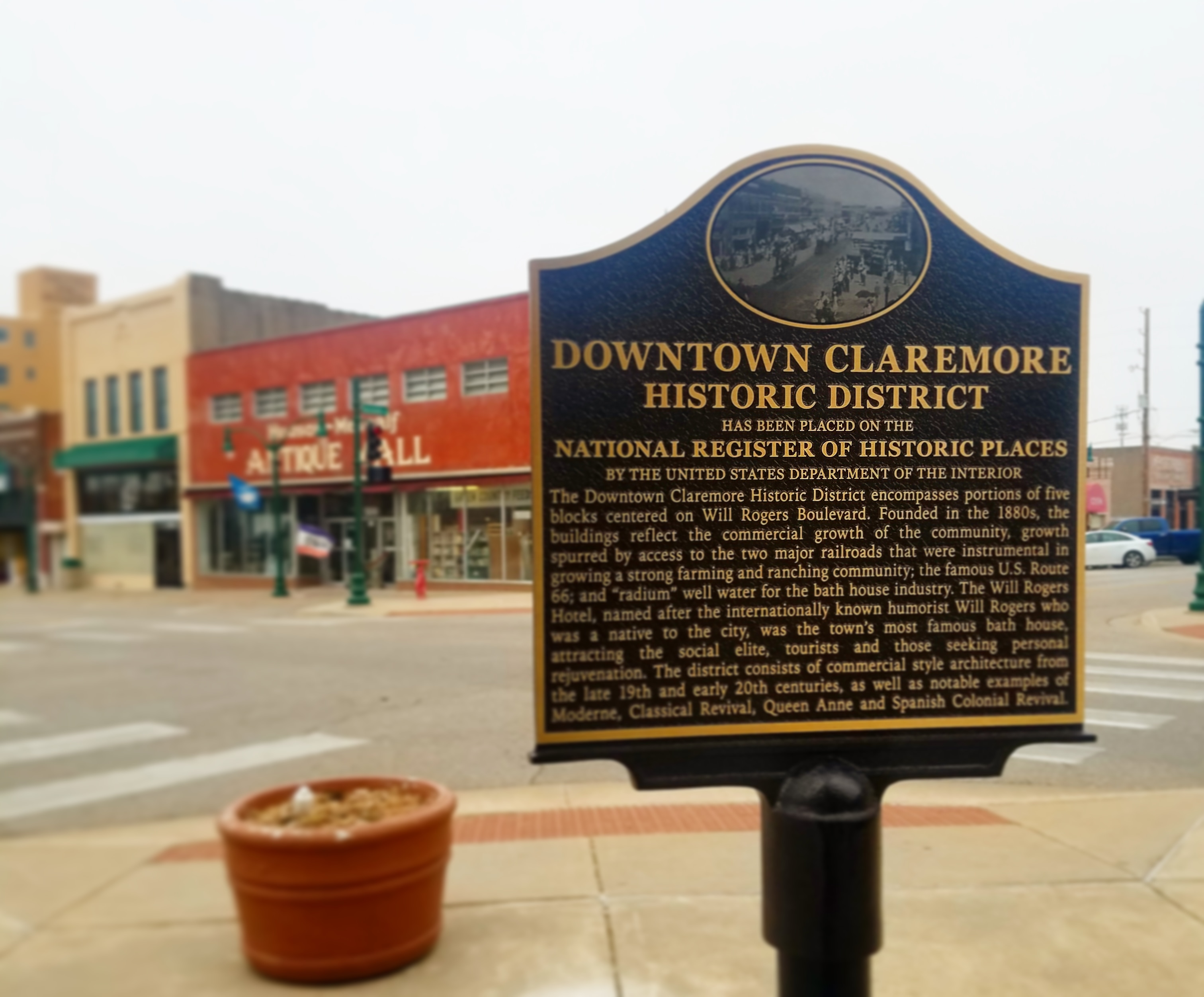 With two plaques, 11 paving stones and one national designation, downtown Claremore will be unveiling what they’ve dubbed the “Historic Walk” this Saturday, April 7, at 2 p.m. downtown.

The unveiling ceremony and ribbon cutting will take place at the corner of Will Rogers Boulevard and Missouri Avenue. Celebration cake will be provided for attendees. Following the ceremony, Claremore Main Street is offering a free walking tour of downtown’s history.

The cake will be provided by downtown’s Frosted Artisan Cake Studio and will be a mockup of the plaques themselves. Shortly after the ceremony, Tim Wantland will guide attendees through an amusing and informative historic walking tour of downtown, much like Afternoon Historic Walk hosted in November.

The Claremore Area Chamber of Commerce will be doing a ribbon cutting during the unveiling ceremony as well.

The historic paving stones sit in front of 11 downtown buildings and feature a line drawing of the building and a bit of history. A 12th stone is the Union Pacific Railroad logo, a nod to railroad as a thank you for a grant given to support the project.

The two historic district plaques highlight downtown Claremore’s placement on the National Register of Historic Places by the United States Department of the Interior, a designation received in the fall of 2016.

The plaques were provided by the City of Claremore. City employees installed the plaques and paving stones.

“Together, the plaques and pavers provide a self-guided historic tour, or Historic Walk, through our downtown for visitors and citizens alike,” Jackson said. “We are thankful to have partners in this process. The City of Claremore’s support has been outstanding, and UP Railroad’s grant helped make this possible.”

In September 2016, downtown Claremore was listed on the National Register of Historic Places as a National Historic District due to its significant role in commerce in Claremore from 1890 to 1955. This area has been the center of commercial development in Claremore from shortly after its founding in the 1880s to the present.

Claremore Main Street is a 501(c)3 nonprofit organization dedicated to the ongoing revitalization of historic downtown Claremore. With a focus on economic vitality, historic preservation and placemaking, the organization strives to secure downtown as the social and economic core of the community.