Lilac roots are deep within Claremore history and are making their way to the center of attention throughout downtown.

Every sign throughout downtown Claremore will be replaced with a sign that includes the Lilac District branding.

Garrison said this districting has been in the works for several years and when it came to the name of Lilac it was a great name that had relevance to Claremore’s history.

“It allows us to tell our story,” Garrison said. “When people inevitably ask ‘where did the lilac come from? How did you settle on that name?’ I think the story in itself – for many people who might not know about Lynn Riggs and “Green Grow the Lilacs” – it allows us to tell a story our town is very proud of.”

According to the Claremore Museum of History, Lynn Riggs was a Claremore native who wrote the play “Green Grows the Lilacs.” The play would be adapted into the famous Broadway play “Oklahoma!”

“Hopefully that gives Main Street the opportunity to show his family one step forward of how proud we are,” Garrison said.

As a way to connect the community with Claremore history and with the new districting, Main Street is kicking off the revival of an old tradition: the Lilac Festival.

“Lynn Riggs was an important figure in American history, and Claremore is honored to recognize his contributions as a poet, author and playwright,” Claremore City Manager John Feary said. “As part of continued revitalization of our downtown, we look forward to bringing back long-standing traditions like the Lilac Festival.”

Garrison said the Lilac Festival will take place in the summer of 2022.

“We’ve had great excitement with people in our committees who’ve been working on it with us,” he said.

According to articles published in the Claremore Daily Progress, the Lilac Festival began around 2008 and ended around 2014.

Bob Waters, Claremore Main Street Treasurer, said he used to be the chairman of a group called Care More for Claremore and would sell lilacs at the Lilac Festival.

“I’m really excited to see it get it’s designation like that,”Waters said. “Just to have the designation because of ‘Green Grow the Lilacs.’ I think it’s something we can hang our hats on and feel special about.”

Waters said he feels great about the Lilac District.

“The important thing for us and Main Street is this is work that the city of Claremore and the residents have decided they want,” he said. “This was one of the many things our town has decided upon.”

Garrison said getting that final stamp of approval from the councilors “allows us to start the work.”

Garrison said the districting allows entities and businesses to take the lilac and make it their own.

“To me it creates more of a cohesive unit of a district,” he said.

Garrison said they hope to continue to grow the district.

Garrison said this districting will position Claremore greatly on a state level.

“I think our community, people visiting and people through the state, will really see this will be a big launch to grasp our identity,” he said. 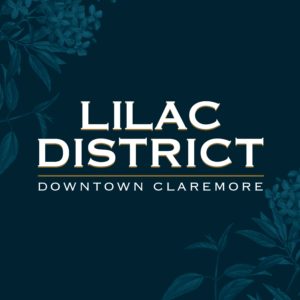